7 Benefits You Get from Using Cast Iron Cookware 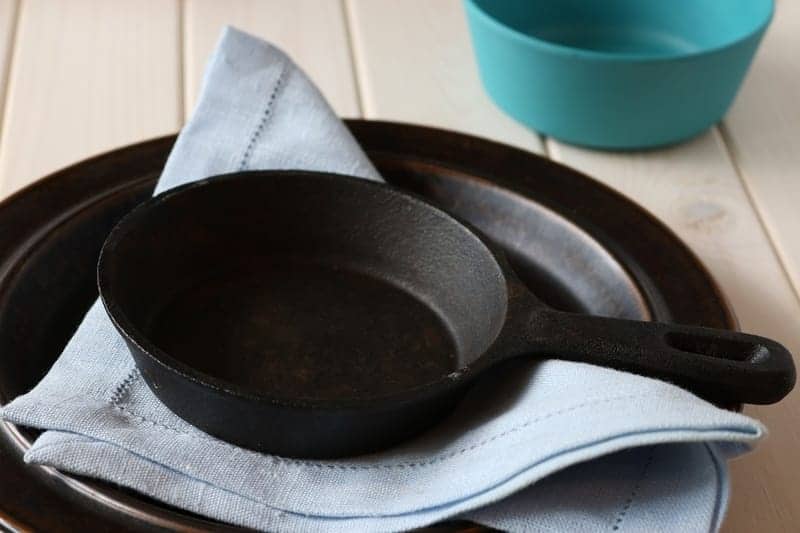 7 Benefits You Get from Using Cast Iron Cookware

We love our cast iron cookware. It simply is the best, most versatile cookware you can find. Most of us think a lot about what we are putting into our bodies, but very rarely do we think about the items we use to prepare our meals.

Over the last few years we’ve come to understand that not all cookware is great for your body. We’ve learned the Teflon isn’t great, BPAs are scary, and where does that leave you when it comes to convenient and reliable cookware?

Well, it leaves you at cast iron. There are a host of benefits that cast iron brings to your kitchen. In this article, we’ll share with you some of our favorite advantages to using cast iron cookware in the kitchen.

Benefits You Get from Using Cast Iron Cookware

You know those recipes that call for you to brown something on the stovetop and then transfer to the oven? If you have some other types of cookware, this means getting two pans dirty, and that’s a pain. If you’ve invested in cast iron cookware, what this means is one pan for the whole job.

Cast iron is so versatile. Not only does it work amazingly on the stove, but it goes into the oven too. If you love to camp or enjoy cooking over an open flame, cast iron is the answer for you. It holds up well under high heat and open flame, making it perfect for campfire cooking.

Cast iron is the original non-stick cookware. The process called “seasoning” uses a coating of oil that seeps into the porous metal creating a perfect, non-stick surface. What many of us like about this non-stick coating is that it is all natural.

Seasoning uses mild flavored oils like vegetable or canola oil, which don’t break down under high heat, and don’t impart flavors to your foods. Also, this non-stick coating holds up well in the oven, and won’t scratch off if you use metal utensils.

You really can’t ask for a cookware product that lasts longer than cast iron. As a matter of fact, cast iron cookware is one of those items that often is handed down generation after generation. If cared for well, cast iron can last years and years.

And since caring for cast iron is so simple, it is easy to see why people love to hang on to good pieces of cast iron cookware. Oh and did we mention that cast iron is nearly indestructible, and it only gets better as it ages? Seriously, if this one benefit doesn’t sell you on cast iron cookware, we’re not sure what will.

I mean, if you’re going to get some added benefits from cooking with cast iron, this one is pretty good. Now this benefit has been met with some skepticism, and many people think that this is just an old wives’ tale, but there is some validity to the claim that using cast iron can actually add iron to your foods.

This doesn’t work for every food, but research has shown that foods with more acid content tend to uptake more iron from cast iron pans than others (tomatoes are a good example). You’ll get some added iron from non-acidic foods, but it’s not quite as much. You’ll also see this added benefit in foods that are cooked longer in a cast iron pan (think slow cooked pot roast…yummy).

Ok, this is a really, politically correct way to say that cast iron cookware is cheap. A standard 10” cast iron skillet, brand new, will cost you around $30 to $40, depending on where you buy it and if it is pre-seasoned. Or, if you’re really on a budget and are willing to do some bargain shopping, you can find amazing deals on cast iron cookware at your local antique or thrift stores.

And when we say bargain, we mean bargain! That 10” skillet in the thrift store might set you back $10. And since cast iron lasts forever (see #3), your $10 thrift store find, will bring you years of savings, and will pay for itself in a matter of days.

If you hate doing dishes and want to reduce the amount of time that you spend on cleaning dishes, then you must consider cast iron. Also, if you are concerned about detergents (not sure if you can wash with it?) making their way into the environment, you certainly can’t beat cast iron as an environmentally sustainable product.

You see, cast iron needs no “washing”. Aside from washing a new cast iron pan to rid it of manufacturing residues, or to restore an old or rusted cast iron pan, you don’t want to use soap on your cast iron. The best way to clean a cast iron pan is to use a plastic pan scraper or spatula edge to scrape away stuck on foods, and then wipe the pan out with a paper towel. Simple and easy. Just a few minutes and you’re done.

The magic of cast iron is that it holds heat well. They are heavy, and take a bit of muscle to wield, but this weight is how cast iron is able to cook foods so evenly. The iron distributes heat throughout the pan, resulting in even heat distribution that eliminates hot-spots and burned foods.

Cast iron cookware is the perfect companion for the kitchen with the less than reliable stove. If you’ve struggled with your stove cooking evenly, and want to improve your outcome, ditch your old pans, and invest in some cast iron pans.

So, there you have it. Our take on the benefits of using cast iron cookware. Of course, there are a number of other benefits that we didn’t cover, but these are our favorites.

If you’ve been on the fence about investing in cast iron, we think that cost, chemical-free, non-stick and easy to clean are the winning features that make cast iron a perfect addition to any kitchen.

Benefits You Get from Using Cast Iron Cookware