What is Pork Cushion Meat and How Should You Cook It? 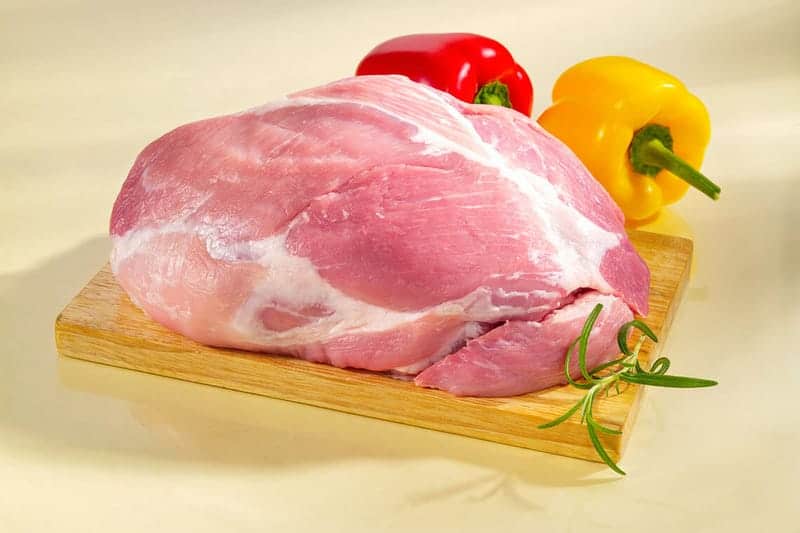 If you were to ask most people to name various cuts of pig, they’d probably mention popular options like the loin, the ribs, pork belly, bacon rashers, and the ham section just below the rump of the animal.

It’s unlikely that you’ll hear many people talking about the pork cushion cut. This is a shame, given that it’s a flavorful, inexpensive, and versatile shoulder meat.

When you slow cook, braise, marinate, stew or roast this pork cut under low heat for two hours, you’ll create a meaty result that’s succulent, juicy, and satisfying. You can chop this pork cushion into small cubes and add them to stir-fry, ramen, or soup during the winter months.

1. Where Does This Meat Come From? 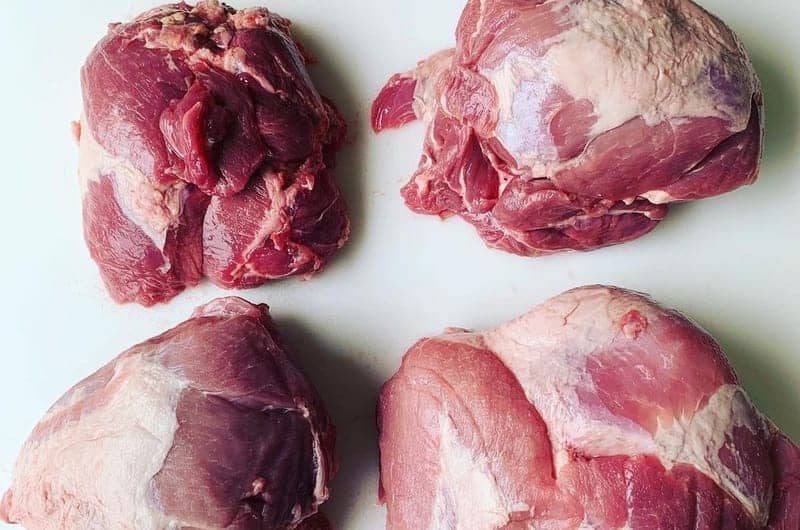 What is pork cushion meat? This cut of meat comes from the front part of the pig’s picnic shoulder section. It’s a deboned cut of pork, which means that the butcher removes the shoulder bone first.

Deboned meat cooks much more evenly than bone-in or part-boned cuts because the bone insulates all the flesh directly around it as the meat cooks, keeping this area cooler than the rest of the cut. You’ll also find that it’s a lot easier to cut up and carve deboned pork than it is to cube or dice bone-in options.

Unlike the marbled and fatty Boston butt cut, which comes from an area directly above the picnic shoulder section on the pig’s foreleg, the pork cushion is tough and lean, with plenty of connective tissue. That’s because the pig uses this part of its foreleg a lot more than it uses its trapezius or upper back muscles. As a result, the cushion cut has very little intramuscular fat and lots of muscle fibers, each surrounded by endomysium tissue.

2. How Do You Prepare and Cook Pork Cushion Meat?

Once you’ve answered the question “What is pork cushion meat,” you might want some helpful tips on how to cook this pork properly. Because it’s such a sinewy, muscular section of the pig, you must slow cook cushion meat rather than fry or sear it like you would with a steak. If you try to cook this cut quickly over a hot temperature, you’ll end up with a chewy and unpleasant result.

Fortunately, there are several great ways in which you can tenderize this pork and create a delicious and flavorful meal.

One simple way to soften this cut of meat is to roast it. Cooking pork cushion over a consistent heat for a longer period causes the collagen proteins in the connective tissue to break apart, increasing the meat’s overall juiciness.

Preheat your oven to around 300°F, then use a fork or kitchen knife to score the surface of your meat lightly. You might then choose to season this raw pork with a complementary rub. Herbs and spices like sage, rosemary, cumin, garlic, and celery seed all pair well with this type of meat.

Tie several pieces of string around the raw cut before you pop it in the oven. This string keeps the meat in its rightful shape as it heats up, preventing the pork from expanding too much and changing form during the cooking process.

Put the pork in the oven and allow it to roast for several hours. For every lb., cook the cushion meat for 40 minutes. For example, if your cut is 3.5 lbs., roast it for 140 minutes or just under 2½ hours.

Chop up the meat and marinate it

You can also cut this meat up into smaller pieces to help with the tenderization process. Avoid searing or frying the cubes of pork right away, as cooking them quickly won’t allow the meat’s intramuscular tissues enough time to break apart.

Instead, you can marinate your meat in some savory and slightly acidic ingredients for several hours before popping them on the grill or in the frying pan. Lemon, lime, and other citrus juices work to break down the pork’s connective tissues when it’s marinating overnight in the fridge.

If you want to make a delicious, spicy marinade that pairs beautifully with pork shoulder, combine some dried herbs with onion powder, paprika, a dash of sugar, pepper flakes, a sprinkle of ground pepper, and some olive oil. This delicious mixture will bring flavorful moisture to the meat, helping to make it more tender before you cook it.

Once you’re satisfied with the tenderness of your marinated cutlets or cubes, scrape them into a pan and cook them over high heat. You can also add them to a hot wok and make a delicious pork-based stir fry.

Slow cook the meat and create a deliciously rich stew

Heat and tenderize the meat in a slow cooker. Cut your pork cushion into smaller cubes, then season these pieces before browning them in a Dutch oven or large casserole dish. After 2-3 minutes, take the pork out and put it on a warm plate to the side.

Add some meat stock or broth to your stew so that you can infuse the meat with moisture and tenderize the cuts. Add a dash of red vinegar since the acetic acid in this solution helps to break down the collagen proteins and muscle fibers in the pork, softening the meat. Season the stew with some herbs and a few bay leaves.

Bring the mixture to a boil, turn down the heat on the slow cooker or casserole pot, and let it simmer for 3-4 minutes before adding the browned meat chunks to the dish. Cook for 1-1½ hours. By this point, the pork should have a rich and intensely flavorful taste.

UP YOUR MEAT GAME WITH PORK CUSHION CUTS

Pork cushion meat is a cost-effective and nutritious cut from a pig’s picnic shoulder section. When you learn how to cook this type of pork in a slow cooker, oven, or grill, you can produce tender and succulent meat that pairs well with an assortment of delicious vegetables and side dishes.

1. Where Does This Meat Come From?

2. How Do You Prepare and Cook Pork Cushion Meat?

Up Your Meat Game with Pork Cushion Cuts