How to Make Use of Your Beef Fat Trimmings 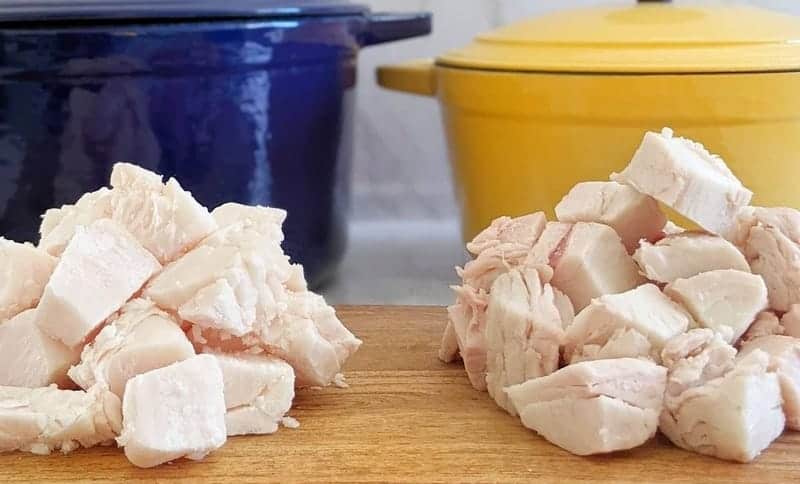 While not as fatty as pork, many cuts of beef have large and obvious fat caps, usually around the edge. Particularly, something like a brisket or many cuts of roast have these thick trimmings. To many people, these are waste, something you have to “deal with” when preparing your meal, either by cutting it off beforehand or ensuring the drippings and fat come off after the cooking and are discarded.

Is Beef Fat Good for You?

Regarding about beef fat, it doesn’t taste good, and it’s not good for you, right? The first is technically true; you won’t find me slurping up a big glob of beef fat and eating it whole. That’s just…disgusting, in terms of texture if nothing else.

The second is debatable, with the research shifting rapidly and repeatedly over the course of history. I’ve covered this in depth elsewhere, but the short version is that saturated fats aren’t good for you, but they’re not as bad for you as some of the replacements, and actually have quite a few health benefits in moderation; beef fat for example is extremely high in many essential vitamins and nutrients.

So, there is at least a nutritional reason why you might want to leave the fat on…but what about the flavor one?

We’ve established beef fat doesn’t “taste good”, so what’s the point of it?

The answer: as an ingredient, not as a course. Beef fat is an incredibly versatile cooking tool, as are most kinds of fat leavings from different roasts and other fatty meats (though mostly just pork and beef, unless you’re raring to learn how to render and cook duck fat).

How to Make Beef Lard?

The primary use here is turning your trimmings into beef tallow, which is basically just a different word for lard, except it’s beef instead of pork. The process is pretty simple, but might take a bit of time.

STEP 1 – First, toss your beef trimmings into a pot. It doesn’t need to be huge unless you have a huge amount for whatever reason. Bring the pot to a simmer, or a low boil; try not to let it bubble too much. Keep the heat on until all the fat has completely liquefied.

STEP 2 – Use a crude strainer (like your standard kitchen sieve) to pour this into a second container. Then strain again with a more fine sieve, or something like cheese cloth which will only allow liquids to pass through.

STEP 3 – Store for up to 3 months in the fridge, and pull out when you need it. Once it’s cold it will be a white, waxy solid that you can use for a number of purposes.

These aren’t limited to cooking; beef tallow can and has been used for any number of things, from making soap to candles and even as a leather softener. But for our purposes, it’s an excellent all-purpose cooking tool.

Beef tallow can be used as a replacement for any other oil you’d plan to use for cooking, be it butter or some kind of vegetable oil. It’s excellent for shallow frying, particularly if you’re doing something like making a reverse seared roast or steak in a cast iron skillet or Dutch oven.

It’s also a great way to add tons of flavor to other dishes. Making your fried rice using beef tallow or lard instead of butter or vegetable oil is going to amp that flavor to eleven, and give a nice brown color to your rice even without soy sauce.

Roasting vegetables in the like in it is also going to be delicious. Just slot in the tallow in any recipe that calls for butter or oil, in equal amounts and you’re good.

Rather than going through the effort of straining it into tallow, you can also just use it outright in the same way. This is best if you only have a small amount to begin with, since the long process of rendering it into tallow is really only needed if you want the tallow to keep for more than a few days.

In addition to tallow, the trimmings can also make for a great broth, combined with the usual suspects; carrot and onion peels, celery, that sort of thing. Add it to the same stock pot as the rest of your broth ingredients, and skim well.

This makes for great soup, as well as a flavor booster for any future roasts you might want to make, or as the stock for an absolutely killer gravy that goes well with pretty much anything.

In addition to making a flavor booster for other recipes, there’s one final thing you can do with the beef fat: turn it into crisps.

Much like pork cracklings, these make for a great, if rich snack that is surprisingly easy to prepare.

Even better, it makes pretty much no waste.

How to Make Crisps Snacks?

Cut the trimmings (ones with a bit of meat left on the fat) into small pieces. Next, place them on a griddle or other flat plate heated to around 350 degrees Fahrenheit. You can also a skillet, but it makes the process a little harder.

Cook the pieces until crispy, draining the fat away into a receptacle as you cook. You’re basically cooking this exactly the same way you would cook bacon so it’s nice and crispy.

Keep the drained off fat: you can use this to make tallow, with much less straining required!

The snacks are tasty, just keep in mind they’re basically pure beef skin and fat, so you’ll want to exercise moderation in eating them; they are decidedly Not good for you.

Is Beef Fat Good for You?

How to Make Beef Lard?

How to Make Crisps Snacks?