Perfecting a Home BBQ: Whether to Wrap Brisket Before or After Stall

Doug is a hardcore barbeque enthusiast and connoisseur. While he spends most of his time on editing and research, he sometimes moonlights as a product tester for particularly interesting things he comes across. 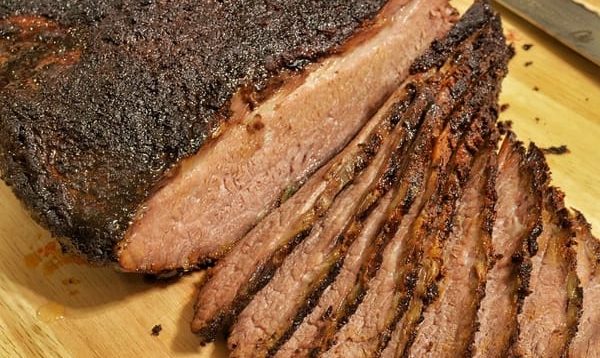 Perfecting a Home BBQ: Whether to Wrap Brisket Before or After Stall

There’s nothing quite as satisfying as tucking into a backyard feast of succulent, slow-cooked brisket, especially when it was prepared in your smoker. While the smoking process seems straightforward, it is quite tricky.

In contrast to burgers and steaks, brisket takes several hours of preparation and careful monitoring to ensure it comes out right. Just when all seems to be going well, you get struck by the dreaded stall. This is where the meat suddenly stops cooking when the internal temperature reaches around 165°F.

Wrapping the brisket is an effective counter, but pitmasters sometimes disagree when the right time to wrap is.

1. How Brisket is Smoked?

Before discussing strategies for dealing with a brisket stall, examining the basic smoking steps is essential. This helps to understand why stalling occurs and what is the best wrapping approach.

First, the brisket is trimmed, seasoned with spices or with a brisket injection recipe, and left in the refrigerator or cooler for at least six hours. The smoker (ideally charcoal-fueled) is preheated until the heat is emitted consistently, and it is giving off mild-colored smoke. Once the smoker is ready, the brisket is added, and the temperature is maintained by refueling with coals and wood chips as needed.

The cook must monitor the internal temperature of the meat throughout cooking. Once the temperature reaches between 195° and 203°F, it is removed from the grill and left to rest for at least an hour before serving. The cooking process can take as little as eight and as many as 15. This depends on the size of the brisket as well as the quality and type of smoker you’re using.

Somewhere along the way to 203°F (usually around 150° to 170°F), the internal temperature of the brisket can suddenly stop rising. This stall in temperature can last for several hours. While common, a brisket stall can be frustrating, particularly if you’re cooking to a precise schedule.

2. What is a Brisket Stall?

It’s difficult to know how long a brisket stall will last. Sometimes it can last an hour, but it could potentially take 5 or more hours before the temperature begins to rise again, particularly for a large piece of meat.

So, what exactly is a brisket stall and why does it happen? Although many curse their luck when they encounter an untimely stall, there’s a good reason for it occurring.

Meat stalling is due to a process called evaporative cooling. This is where the moisture within the meat is gradually released from within the cells, cooling it. As the meat’s temperature climbs, the evaporation rate increases until the cooling effect (brought about by evaporation) and the heating effect (from the smoker) balance themselves out.

This causes the temperature to stall until all the moisture from the meat’s surface has evaporated. Instead of the heat being absorbed by the muscle fibers in the meat, it evaporates the moisture.

Fortunately, there are some techniques for altering the state of your brisket mid-smoke. This can greatly reduce stall time. However, if done incorrectly, you can lengthen the stall time. Wrapping the brisket is one of the most straightforward and effective methods of counteracting a stall.

Wrapping a brisket is often referred to as the Texas Crutch method. By wrapping, you prevent air from getting at the meat. With a lack of air, the moisture can’t evaporate. The natural juices from the brisket gather as a hot layer on the outside of the meat.

The wrap keeps the meat insulated from direct heat and smoke, allowing you to increase the smoker’s temperature without causing the meat to dry out or burn. This helps to speed up the cooking time.

With the evaporative cooling problem eliminated, your brisket is less likely to stall, giving you more control over the smoking process’ timing.

When Should You Wrap the Brisket?

Opinions are divided when it comes to choosing when to wrap your meat. There are countless guides with opposing views on whether to wrap brisket before or after a stall. Purists may even state that brisket should never be wrapped.

The main consideration when deciding this is that wrapping brisket can affect the taste and texture significantly. Wrapping the brisket from start to finish is the fastest cooking method. While this approach produces a soft bark and juicy taste, it may lack a crunchy exterior and smokey flavor. It also increases the likelihood of overcooking.

A useful approach is to wrap the brisket after several hours of bare cooking. The initial exposure to direct heat and smoke allows the meat to absorb the flavor and develop a beautiful crispy exterior. This may also prevent or reduce the length of a stall.

Some cooks prefer to wrap the meat after a stall. This allows for plenty of smoky flavors to develop in the muscle fibers and helps create a crispy exterior. For a very crisp and thick bark, aim to wrap the brisket when the temperature reaches 170°F. This may not happen until after a stall.

A popular alternative approach is to wrap the brisket for most of the smoking process before unwrapping it and reintroducing it bare to the smoker when it reaches 195° to 203°F. This speeds up the cooking time and gives the bark a chance to crispen.

What to Wrap the Brisket In?

Whether you wrap a brisket before or after a stall, there are two main materials used: aluminum foil and butcher paper. Aluminum foil is a common household item that is easy to use. It creates a tight seal that traps the meaty moisture and generally prevents stalling. However, it can result in the bark being a little softer than desired.

Butcher paper is a specialty item, but it is the preferred wrap of most Texas barbecue cooks. The main reason for this being that butcher paper allows some smoke to get through, enhancing the meat’s flavor. Although butcher paper should prevent stalling because it isn’t as tight as aluminum, there is no guarantee. It generally takes longer to cook too.

The joy of home cooking is that it allows you to experiment and develop techniques that suit your tastes. Experiment with different wrapping materials and approaches to see which works best for you. Either choice will be fine as long as your keeping the brisket moist to save the juices from going to waste.

The smoker and size of the brisket also have an impact on the cooking time, so also consider those when preparing your brisket. An alternative method is you can cook the brisket in a high-quality drum smoker, or if you live in colder climates, you can build your own cold smoker that will help you cook despite the freezing weather.

1. How Brisket is Smoked?

2. What is a Brisket Stall?